The other day, my house's radio waves got very bad, so I rented equipment from Softbank and installed a home antenna 3.
However, as a result, the radio wave sibetween the installation of the home antenna 3 was not improved.

Are you out of the question yet?
While thinking, when I interacted with softbank people, I received a call that the radio wave may improve by installing a donor antenna.
Home antenna 3 is installed indoors, but donor antenna is a machine that attaches to the outside of the house.

About 10 days after the exchange with Softbank, we received a call from a supplier and decided on a schedule for the field survey.

However, i told them that the condition of the radio wavewased was bad no matter what I did, and Decided to install a donor antenna. 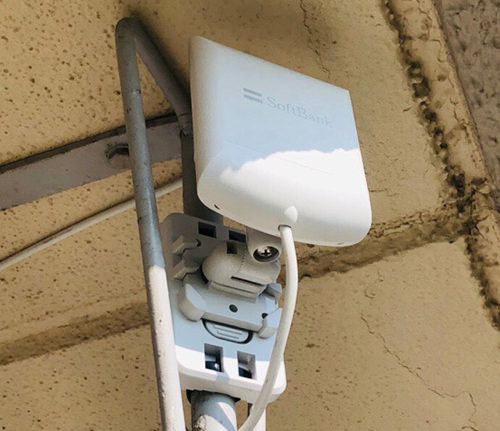 I had a donor antenna installed.
From here, the wire is wired through the air conditioner hole and the line is drawn into the room.

Was the donor antenna effective?

As a result, there was not much improvement even if the donor antenna was installed.

Since we have installed a donor antenna with great pains, we have been watching the situation for one week and two weeks since then, but the radio waves come in slightly, and it does not connect at all.
It is honestly doubtful whether the radio waves will enter by installing a donor antenna, but at the moment we are considering changing carriers.

It is a little troublesome because there are various procedures and review of the plan, etc., but I feel that I can not expect any further improvement because I intend to do everything I can personally.
There seems to be a possibility of adding a line if there is an application that the radio wave became bad from dozens or hundreds of households in the same region, but it was a situation that I who used the personal computer at work cannot wait.

To summarize what you can try for yourself,

I think it's around.