"The iPhone doesn't turn on…"」

I think that it is considerably impatient if the important iPhone which is indispensable to life becomes such a thing any longer.

I think that most people think about putting it out to repair at such a time, but in fact, it might be possible to revive the iPhone by doing a certain method.

If you're going to put it out for repair, it shouldn't be too late to try those methods…!

So this time, I'll show you four things to try when the iPhone doesn't turn on.

We'll also show you how to fix these solutions when you can't, so please refer to them.

When your iPhone doesn't turn on, there are four things you can do before you put it out for repair.

Now let's take a look at these four workarounds in order to try.

If you are actually in trouble because the iPhone does not turn on, please try along the order introduced from now on.

If your iPhone doesn't turn on, the first thing you want to try is charging.

"Is that a thing…?You may think, but just did not charge, there are many cases that the power is turned on properly when you charge.

In some cases, only the screen with the power is on, which is pitch black.

In that case, it may be fixed by doing a restart, so please try to restart.

If you've tried charging or rebooting and your iPhone doesn't turn on, try killing your iPhone once.

As for the specific way of killing, "just press and hold the power button and the home button at the same time and hold it for about 10 seconds."

This will force you to terminate your iPhone.

At this time, if apple logo is displayed after waiting for a while, there is a 90% chance that the power will be turned on and the iPhone will be available.

The reason why it is 90% is because it may not switch from the Apple logo screen in rare cases.

In that case, you will need to respond in DFU mode, which will be introduced later.

3. Check for defects in the update

The iPhone uses Apple's own OS called iOS, but this iOS is updated quite often.

This iOS update is intended to make the iPhone more convenient and to eliminate reported bugs.

However, in rare cases, this iOS update can cause problems.

In fact, even in the recent iOS12 update, some iPhones have been reported to not be turned on.

Therefore, try to make sure that the update has not caused the problem.

Since there are many IPhone users in Japan, if you search a little, information of the defect by the iOS update should come out immediately.

If you've tried a lot of things so far and still don't turn on, restore it.

However, if the power is not turned on, it is not possible to restore.

"DFU mode" is used there.

DFU mode is a mode that forces iTunes to recognize iPhone.

First, connect your iPhone to your computer.

Then press and hold the power and home buttons for at least 10 seconds.

Then release only the finger of the person pressing the power button, and press and hold the home button.

If you wait for a while in this state, iTunes will recognize the iPhone.

After that, if you follow the instructions on the screen, you can restore your iPhone.

"I've tried a lot of things, but there's no sign that the power will turn on.What's the case like that? 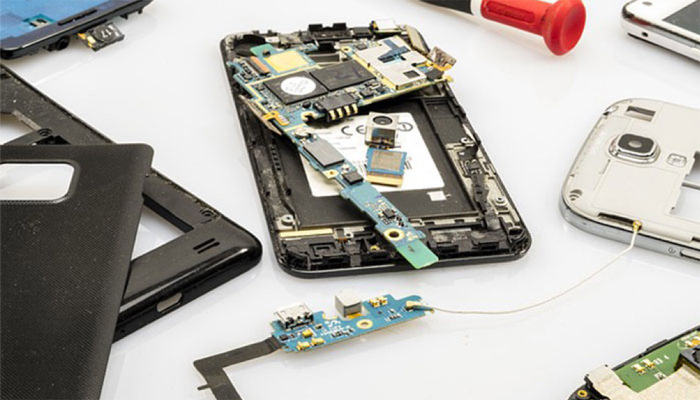 If you try all the methods we've shown you so far, but your iPhone doesn't turn on, you'll need to put it out for repair.

If you want to send it to repair, the solution will change depending on whether you are enrolled in AppleCare or not.

If you're a member of AppleCare, ask Apple for repairs

If your iPhone is no longer powered on and your applecare is subscribed to AppleCare, take advantage of AppleCare to have Apple fix it for you.

If you are a member of AppleCare, you will be able to repair it free of charge within the warranty period, so it is a loss if you do not use it.

However, if the cause of the iPhone not turning on was due to submersion or a strong impact, please note that a separate repair fee will occur.

If you're not a member of AppleCare, you can ask a repair shop.

If you are a member of AppleCare, you should definitely take advantage of AppleCare, but applecare is quite a good price, so I think that there are not a few people who do not subscribe.

If you do not subscribe to AppleCare, the amount of repair will vary depending on the model and the contents of the repair, but tens of thousands of yen will be charged for the repair.

So, in that case, it is also ant to ask the repair to the trader who is doing the repair of the smartphone.

If you ask a repair agent, you will be able to contract the repair for a considerably cheaper amount than asking Apple for repair, so if you want to make it as cheap as possible, you should consider asking a repair agent.

If your iPhone doesn't turn on, try the actions we've introduced here in order.

These solutions often cause you to turn on.

If you try these methods and they don't turn on, try to get them repaired as soon as possible.