If the FAN (fan) of the MacbookAir A1369 (13 inch) is defective or defective, the following decomposition method will be helpful! 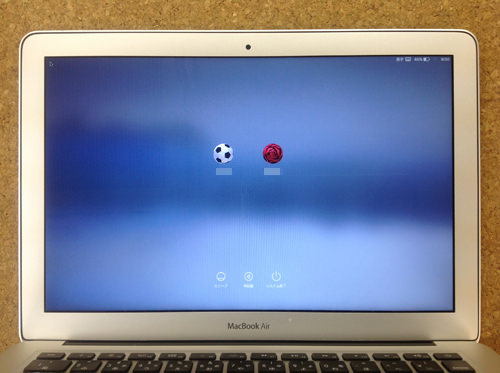 If you hear a noise from the FAN (fan) of MacbookAir, or if the FAN is not running, you may need to replace the FAN.
Please refer to the following decomposition method because the process of removing THE FAN is posted.
Because it becomes a simple one as the decomposition of MacbookAirA1369, it can be replaced in about 10 minutes if you are accustomed to disassembly. 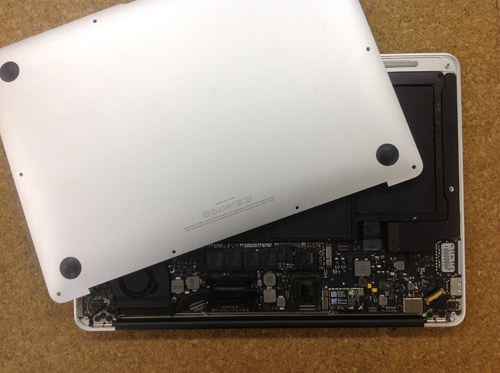 Remove the back of the main unit, but there are 10 screws in total, so use the Torx screwdriver to remove all of them.
Then you can remove the back cover as in the image. 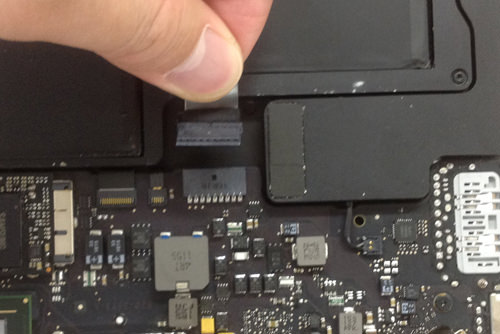 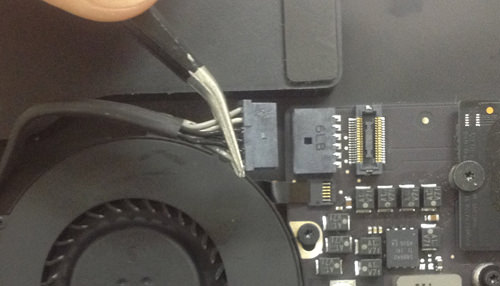 This part becomes a cable that connects the logic board and the power supply part, but it is easier to work if you remove it because there is a screw that secures one PLACE FAN below. 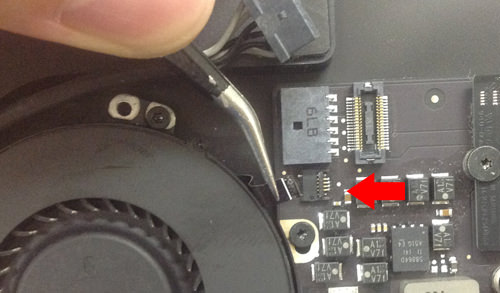 This is a FAN cable, but you can remove it by lifting the knob of the connector on the logic board side and then sliding the FAN connector. 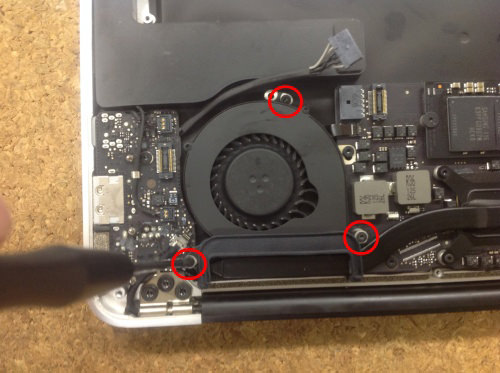 I was able to remove the FAN.
If you replace it with a newly prepared FAN and reassemble it according to the original procedure, the work will be completed.