Fujitsu's integrated PC FMV ESPRIMO FH77/B3 hard disk replacement method will be released.
Smart error of hard disk, I think that you can refer to the expansion of the hard disk. 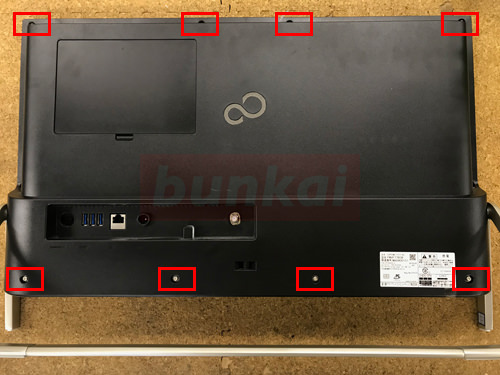 Because an integrated PERSONAL computer weighs unlike a notebook PC, it is better to put it to bed and disassemble it.
Let's remove all because there is a screw in the part surrounded by the red waku on the back. 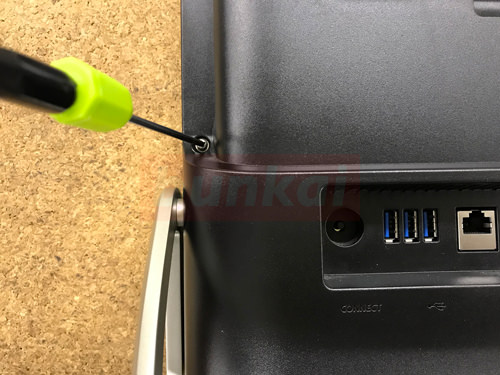 There are quite a lot of screws to remove when replacing the hard disk, but please do not forget the position because the shape is slightly different. 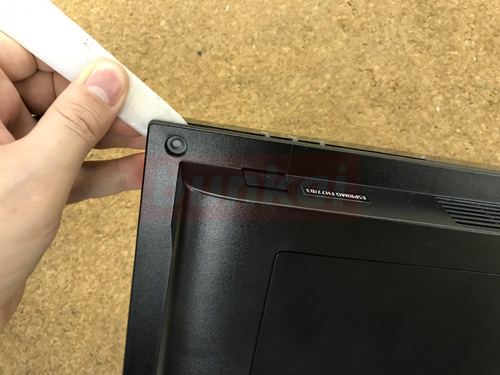 If all screws can be removed, the back cover can be removed, but it will be disassembled using a tool as shown in the image.
The tool used in the image is a caulking spatula (plastic), but we recommend plastic tools because they are likely to scratch them if they are disassembled with iron tools.
Insert the spatula into the gap between the rear cover and the LCD side and let it slide. 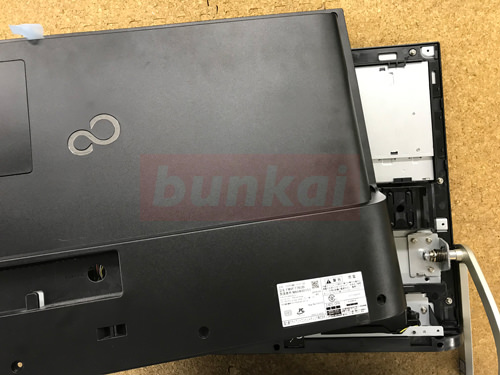 Integrated Personal Computers are available from various manufacturers, but Fujitsu FH77/B3 is easy to disassemble.
I was able to remove the back cover. 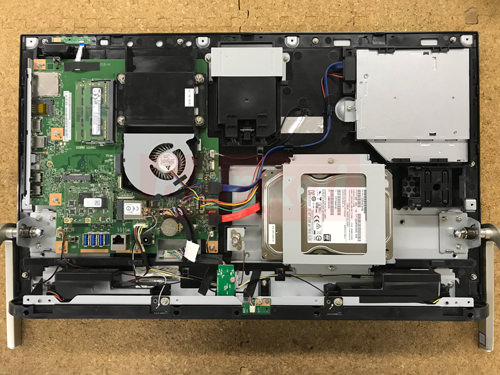 If you can remove the back cover, you can see the motherboard, FAN, drive, hard disk, etc., but the motherboard on the left side is particularly precision part, so do not touch it carelessly. 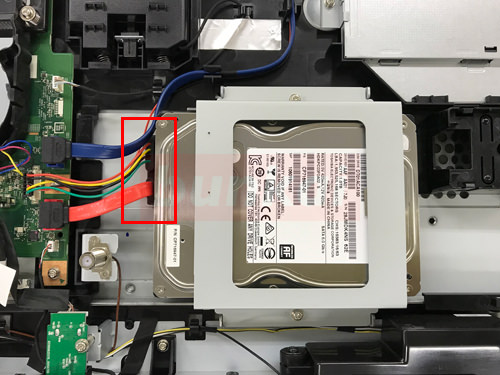 The hard disk and the motherboard are connected by a wire, but only the wire on the hard disk side should be removed. 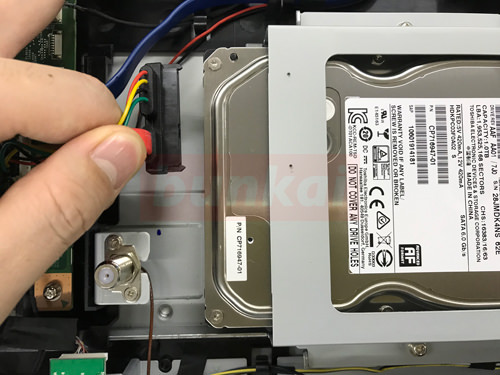 In terms of the image, you can easily remove the SATA cable by pulling it out to the left side. 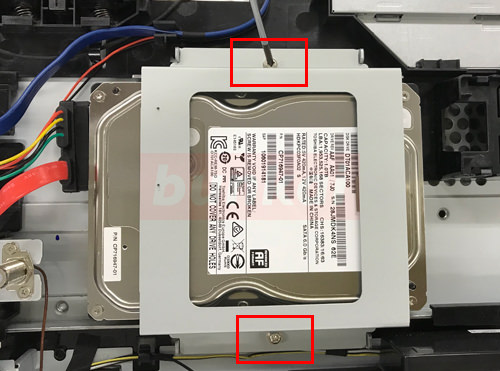 Since the hard disk is fixed with screws on the main body side, let's remove the screw in the red frame part. 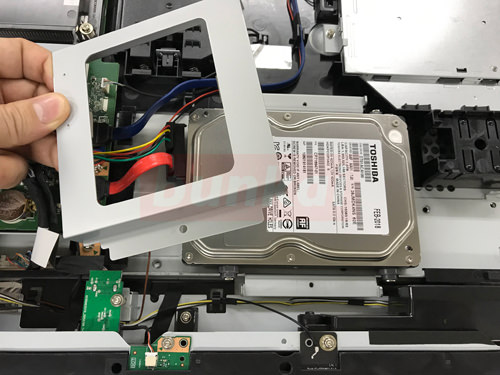 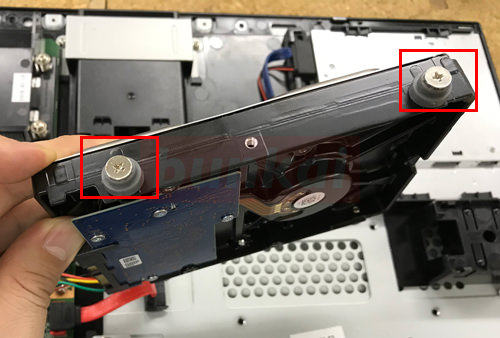 There is a screw next to the hard disk, so remove it and attach it to the next hard disk.
The hard disk used for the FH77/B3 is a typical SATA 3.5 inch.
Recently, the price of the hard disk itself is decreasing, so it can be changed to a large capacity such as 3TB.