If the battery on the Microsoft Surface Pro 3 is bad or bloated, you'll need to replace the battery, but the Surface Pro 3 can't be easily replaced and needs to be disassembled.
In addition, the decomposition difficulty is also very high, and the liquid crystal must be removed before the battery is removed.

It is a Surface Pro 3 that has become a model before several models now, but I think that there are many people who are used as an active model in a very popular thing?
Considering the most problematic thing from the year released in surface Pro 3 that was able to be used without a fault until now, the most problematic is the deterioration of the battery, but if the battery has become worse than before, we recommend replacing the battery.
When you do Surface repair at Microsoft, data initialization is basic, so if you want to repair the data left, you need to take measures such as taking a backup yourself. 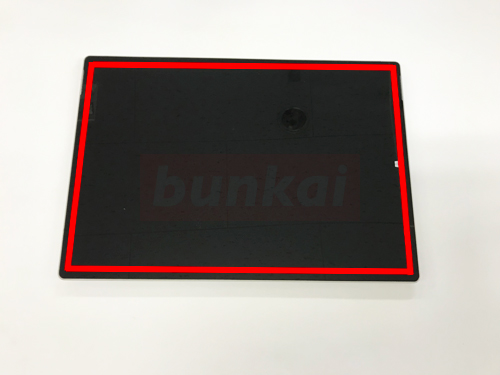 The most difficult decomposition of replacing the Surface Pro 3 battery is the removal of the LCD.
A strong double-sided tape is attached to the red line part and the display is fixed, but it is necessary to be careful because it will crack the screen if you try to peel it off forcibly.
Since the liquid crystal parts price is more expensive than the battery parts price, please proceed with the work carefully because it will become a rather expensive repair price if you break it or fail during decomposition by any chance! 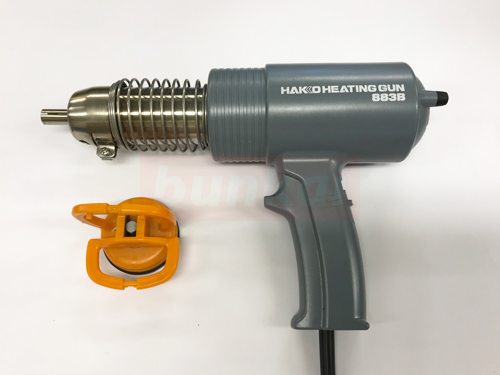 The tool in the image is a heat gun and a suction cup.
Is it easy to understand the powerful thing of the dryer used at home of the heat gun?
However, since the temperature is completely different when compared with the dryer, it is smoother to use a heat gun when determining the work efficiency.
Remove the LCD before removing the battery, but prepare a special tool to enter the disassembly.
These tools are often used for repairs other than Surface, so if you have one, you can handle various repairs. 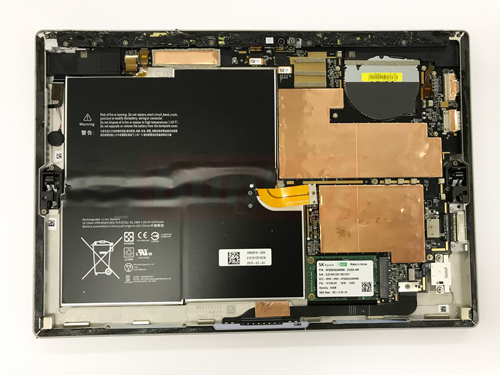 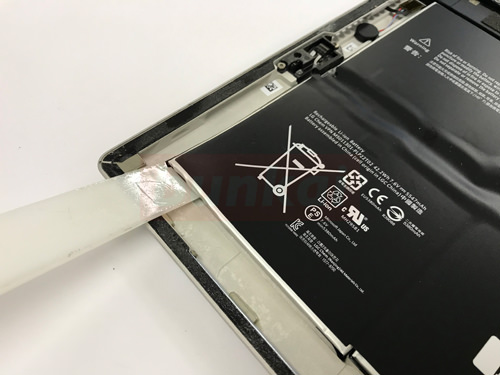 The battery itself is only fixed with double-sided tape to the main body, but it is attached with double-sided tape as powerful as a liquid crystal panel.
There is also a way to soften the tape by applying a light dryer to the back side, but this time I want to peel off without heat.
It is an image like inserting a plastic spatula under the battery and tearing the tape as shown in the image.
However, it is easy to peel off if you use a certain item because the tape is hard when inserting it as it is.
Brake cleaner, spray called parts cleaner is sold for about a few hundred yen, but it is recommended because it becomes easier to peel off the tape slip when you insert the spatula after spraying the spray to the tip of the spatula.
Instead of putting the spray on the spatula, spray it away from the main body and then insert it. 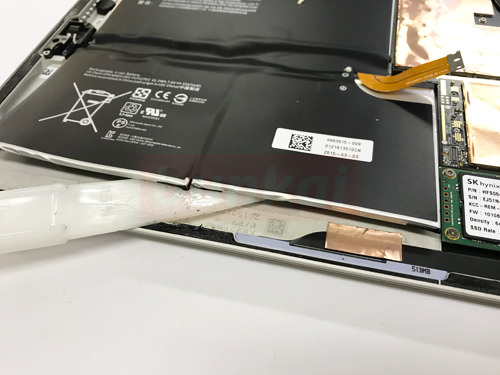 It is a state in which the spatula is inserted to a different angle than before.
The tape that secures the battery is stuck to the entire back of the battery, but it is possible to peel off faster by inserting the spatula from various angles.
If you force the tool in, there is a risk that the base or other parts will be damaged, so be aware of the depth of inserting the tool. 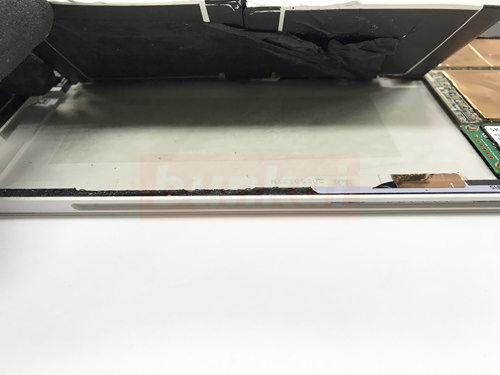 It is the place where the battery was lifted slowly while the tape was peeled off to some extent.
Try to tear the tape with a spatula while checking for wiring and other entrainment inside.
In this state, half of the battery is peeled off. 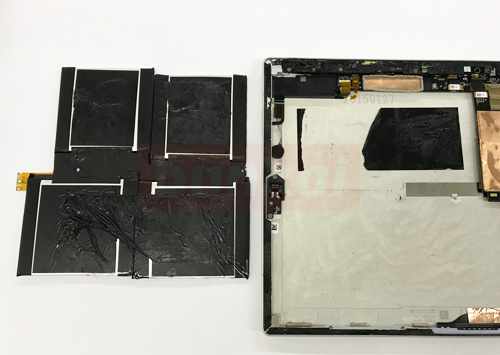 The Surface Pro 3 battery can now be removed from the console.
After that, if you install the battery that you prepared for replacement and incorporate it in the original procedure, the battery replacement of the Surface Pro 3 will be completed.
Because the adhesive strength of the double-sided tape which has been peeled off once is weakened, it is better to paste the double-sided tape again. 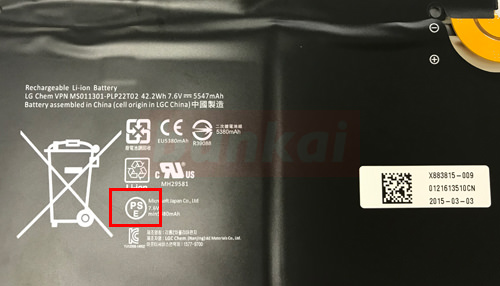 Tablet, iPhone, is to say in general smartphone, but the battery to be replaced should always be used with the PSE mark.
There is an item called the Electrical Appliance and Material Safety Act by the law established by the government, but it does not seem to put the regulation to use the battery safely.

The battery replacement of the Surface Pro 3 is very difficult.
In order to replace the battery, the liquid crystal is removed, but it is necessary to be careful when disassembling the Surface for the first time because it often hears that the screen crack was made at that time.
Since the Surface battery itself is hard to get, try to disassemble it first after the battery is available.
Also, if you want to repair the Surface with the data left, be sure to back it up before doing so.
If you can't repair it yourself, talk to a shop that can repair surface.